The Adams County Sheriff’s Office seized more than 30 farm animals last month from a farm located on Poplar Ridge Road in West Union.  The Humane Society of Adams County and other authorities, including county officials also assisted in the seizure. 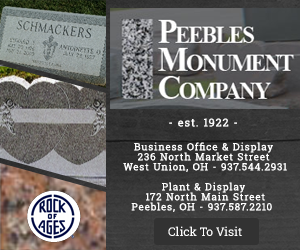 According to reports, in December, Sheriff Deputy Logan Collins of the Adams County Sheriff’s Office visited the property of Charles Thomas on Poplar Ridge Road in Adams County to investigate a report of a dead or dying animal near the road. Deputy Collins found a black calf in a ditch, muddy and soaking wet, but still alive. He contacted the Humane Society of Adams to assist him at the scene.

After providing care to the animal, Collins also noticed a white calf that was laying down and would not rise. He left grain for her, which she ate from a bowl while still lying down. Deputy Collins came to the conclusion, with advice from the Adams County Prosecutor’s Office, that a warrant should be requested from Adams County Court Judge Roy Gabbert to seize the animals on the Thomas property in order to help the animals in his care and to prevent Thomas from acquiring new animals in the future.

According to the Humane Society of Adams County, the organization known for the coordination of low-cost pet sterilization clinics, pet rescue and rehoming, humane education, and public outreach program, was initially requested by Adams County Sheriff’s Deputy Logan Collins to advise him in the securing of volunteers, equipment, and foster placement to remove between 25-30 head of cattle and 2 hogs that weighed 50 pounds each.

“All animal cruelty and neglect is a concern because it is wrong to inflict suffering on any living creature. The pain of an animal who lingers with untreated illness or wounds, or without nourishment or shelter, can be tremendous—sometimes even more so than those who are victims of directly inflicted violence, because their suffering is so prolonged. Animals who starve to death experience painful symptoms throughout each stage of their physical deterioration. An initial loss of body fat is followed by muscle loss and atrophy and, ultimately, organ failure. In long-term starvation, degeneration of the liver, cardiac changes, anemia and skin lesions may develop. An animal without proper shelter can also quickly succumb to extreme heat or cold,” said Jessie Huxmann, President of Board of Trustees of the Humane Society of Adams County.

After serving the warrant, the actual number of animals found on property ended up being 35-36 cows and 5 pigs.  According to reports, there were several cows that appeared emaciated, sickly, malnourished, and several had eyeballs that were cloudy and others were in worse condition. TRI-State CART, a non-profit disaster response team that focuses on the care of animals during times of local disaster also assisted in the recuse by providing a 4-wheeler and six volunteers knowledgeable in livestock husbandry and humane investigation.

“The animals on the property have been monitored for some time without improvement in condition or evidence of adequate care,” said Huxmann. “No hay or grain was available to the animals on the property and many were suffering from common treatable illnesses, especially pink-eye, untrimmed hooves, and starvation. A number of recently dead animals were discovered on the property. This was a situation in which the animals’ owner failed to provide food, shelter or veterinary care sufficient for survival. It may have been deliberate or unintentional, but either way, the animals were suffering terribly.”

According to court dockets, a complaint was filed with the Adams County Court, where an arraignment trial will be held on January 10, 2020.

Court documents indicate that Thomas has been charged more than 4 times with animal cruelty dating back to 2000 and has been charged with other animal welfare charges dating back to 1998.  It is unclear why Thomas even had possession of animals.  Thomas was last found guilty in November of 2011 for cruelty to animals and was given a suspended jail sentence, fined, and served probation.

“The animals involved in this case are being fostered out of the county,” said Huxmann. “There were many livestock owners in Adams County that wanted to help with this situation because they recognize the need to support the humane care and treatment of local animals. Unfortunately, due to the ill health of many of the animals, and their unknown vaccination history, there was a real threat to healthy herds if housed in adjoining pastures. Fosters were found that have empty pastures that allow the sick animals to be fed and treated without risk to other healthy animals.”

If you would like to support the care of the 30 plus animals seized, please contact the Adams County Sheriff’s Office. 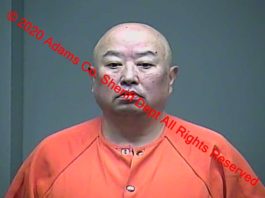 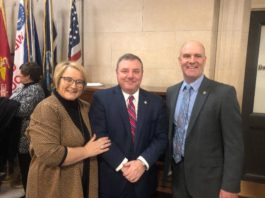